So We Are Christ's Ambassadors: Turning Tragedy into Victory

So We Are Christ's Ambassadors: Turning Tragedy into Victory 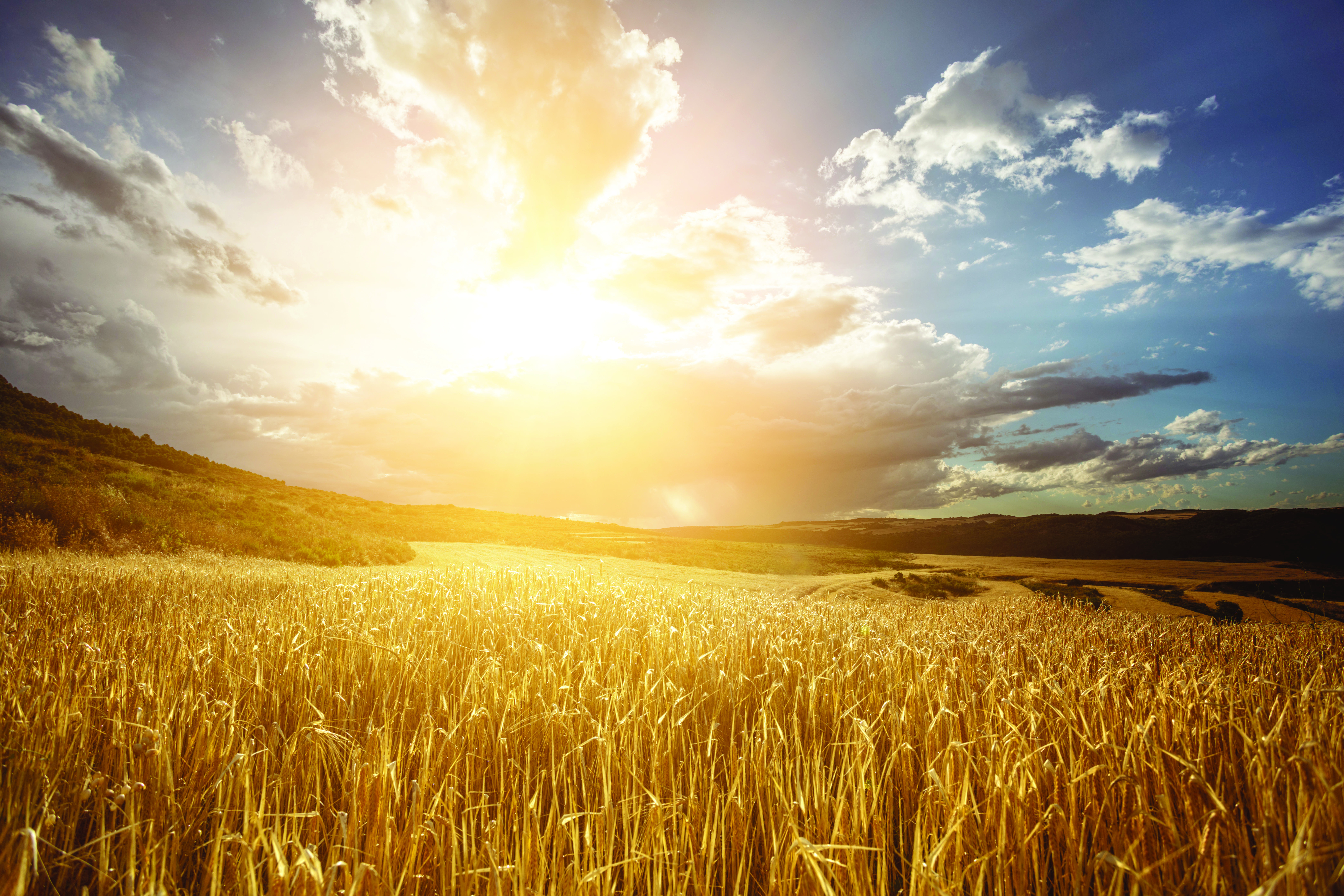 Crystal Mayo and her husband Douglas moved from Louisiana to Houston in 2002 after he graduated in Engineering from McNeese State University and accepted a position with LyondellBasell. Through a friend, they found Sagemont Church and decided to attend. On the very first Sunday, they chose to attend an iCONNECT class known as Foundations. Crystal said, “From day one, Sagemont and Foundations were a great fit for us. We loved the people and Pastor Morgan’s leadership.  We learned everything for raising a healthy family, living financially free, and steps to a successful marriage.”

Even though they had left all their family behind, they came to have a great church family at Sagemont too. About five years into their marriage, their first child Anthony was born and later their second Aaron was born. During the seven years at Sagemont, the Mayos were leaders in the Foundations iCONNECT class, helped in VBS, and taught a children’s Sunday School at one point. Crystal was involved with the Mothering Matters Bible study group and the boys attended Mother’s Day out.

In 2009, the Mayos welcomed their third child, Kaylee. On the very day she was born, Douglas was offered a job back home in Louisiana where he could sign on with a different plant owned by LyondellBasell. They soon returned home to Louisiana.

A year later Crystal felt that the Lord had called her into children’s ministry and accepted a position in their home church. She filled that role for the next five years. In addition to the children’s ministry in 2014, she started going into the local public schools and hosting “Kids for Christ” before the school day started. In this program, the students attended meetings having their parents’ permission to learn the Ten Commandments and other Christian teachings. During this time, Crystal met Julia Anderson who became a great mentor to her in the children’s ministry. Julia has a passion for Israel and the Jewish rites and traditions. She would go in and teach the children during various Jewish holiday and feast days. Julia’s grandson, Braeden Anderson was involved in the children’s ministry and a leader in the “Kids for Christ” program. During her last year in children’s ministry, Crystal took several children to summer church camp, including Braeden and her son Anthony. She witnessed how the Holy Spirit moved among these boys during that week of camp. These boys would go to the altar and pray – not just during an invitation, but several times in worship. Sadly, it was during that week that she also felt that it was time to step out of children’s ministry and to step toward home schooling.

But home school did not happen because in August of 2016, Crystal had a major stroke. It affected both sides of her brain. Even though she could not walk after the episode and was initially misdiagnosed, it wasn’t until she reached Houston Methodist Hospital that an MRI revealed the severity of this rare occurrence.

Sensitivity to lights and sounds, frequent episodes of weeping, vision loss, memory loss, difficulty in reading and comprehension, along with the loss of movement on the left side of her body left her in the hospital for 18 days. Many from her Sagemont family came to visit during this time. It meant so much to the Mayos as Betsy Thompson, Wade and Kim Owens and many others visited and prayed with them. Once out of the hospital, Crystal faced six months of rehabilitation and six additional months of brain therapy for vision loss and cognitive skills.

In 2017, about a year after her stroke, Crystal had a tremendous breakthrough. With lots of prayer from the church body and a change in her medications, Crystal regained normal function in her brain. She felt well enough to drive again and to go back into the schools to minister in the “Kids for Christ” program.

Fast forward to February 14, 2018. Crystal’s hometown of Westlake, Louisiana was rocked by the news of one boy shooting and killing another boy. For her, this was not just another horrific news story. This time it really hit home. The child that was shot and killed was Braeden Anderson. He was only 13. The other boy was the same age.

Julia Anderson, Braeden’s grandmother, showed herself to be a true pillar of faith during this time and prayed that her grandson’s death would not be in vain. Crystal also felt that the Lord was leading her to do the eulogy for Braeden. She shared this strange feeling with her pastor and declared how uncertain she was about doing it. Her pastor responded, “Crystal. Turn around and look behind you. There isn’t a line forming behind you of people that want to do a eulogy.” Julia organized a meeting several days before the funeral with church and family members to determine what everyone’s role would be for Braeden’s service. They all agreed that Crystal would do the eulogy.

A few days before the service, doubts begin to creep into Crystal’s thoughts about her abilities to perform this task since her stroke. Would her mind work? Could she stay focused and say the right words? Could she even speak before that many people? “I think the Lord also used this time to show me how much healing he’d brought about.” Crystal declared gratefully. She also felt a very heavy anointing as she prayed and prepared the eulogy of this young life that sustained her as she spoke at the funeral.

Here are some excerpts from Crystal’s eulogy for Braeden Anderson at his funeral on February 23, 2018.

…You may have noticed a small school Gideon Bible on one of the tables in the Foyer. Braeden wrote his name and date of October 2014 in the cover. This was the year we started “Kids for Christ” and Braeden was one of our first leaders in the program. Later, Braeden had decided that he wanted to have a relationship with Jesus and he was baptized on April 19, 2015. That gives me comfort to know that Braeden had a relationship with the Lord and that if I do also, I will see him again. This week was the passing of Rev. Billy Graham. I heard a quote that said, “Someday you will read or hear that Billy Graham is dead. Don’t believe a word of it because I shall be more alive than I am now. I will just have changed my address. I am in the presence of God”. I believe that is the same for Braeden and all who call on the name of Jesus.

Crystal also shared many scriptures about God, who he is, his desires for us and his plan for Salvation. Some of the scriptures were:

• Romans 3:23 that “All have sinned and fall short of the glory of God.” We are all sinners in need of a Savior. That’s us and Jesus is our Savior.

• John 3:16 “For God so loved the World that He gave his one and only son, that whosoever would believe in him, will not die, but have eternal life.”

• Hebrews 9:27-28 “Every human being is appointed to die once and then to face God’s judgment. But when we die we will be face-to-face with Christ, the One who experienced death once for all to bear the sins of many!”

In preparing for the funeral, Julia felt the Lord lead her to make up a flyer with Braeden’s picture, the plan of salvation, and to include hearts and smiley faces because Braeden was always smiling and very happy. These flyers were handed out to children who attended his funeral because so many had been calling and asking for something to remind them of Braeden.

One of the goals during Braeden’s funeral was that once the plan of salvation had been shared, church members would meet one on one with anyone that wanted to decide that day. Crystal gave the invitation for those who wanted to know Christ to come forward. She said, “If you’d like to choose Jesus today, come. We’ll go in a room and talk about it. So, if you want to come, come now.”

At first a few girls from the farthest back corner rose and came forward, and then more and more kids (and a few adults) came forward. In fact, so many came, Crystal decided they’d do it “Billy Graham” style – everyone would pray together to dedicate/rededicate their lives to Christ. Over 70 children had responded to the Lord’s invitation. With the overwhelming response and little time to counsel each child, foam hearts were passed out and each wrote their name on a heart. After the service, several churches came together along with teachers to identify who had responded and how to reach them so that each one could be visited in person.

As in most tragedies, there was not just one family changed that fateful day. The boy that shot Braeden did not attend his funeral and stayed away from school for quite a while. Even though he had not been charged with anything and the police had ruled the incident an accident, many in the community were not sure how to respond when they heard that the boy was coming back to school. Unfortunately, the boy was not going to be welcomed by some, and there were even death threats from others. The school administration held a meeting to help dissolve possible situations. That evening, several prayer warriors were given permission to go to the middle school to pray. Julia led the charge by blowing the shofar and then everyone fervently prayed throughout the hallways in the school. Personalized notes were left for the staff and Julia wrote a special note to the boy who had shot her grandson. In her note, she wrote that she was praying for him and praying for blessings for him and hoping he would do well in school. That single act of forgiveness and selfless love shocked the community and showed many what God’s grace looked like. Most of the other school kids have now accepted him back. Braeden’s parents are Christians but still struggle with his loss. The grandparents are standing strong in their faith and God’s grace. Even though Crystal can detect her brain function issues, many cannot tell she ever suffered from a stroke. She also continues to heal and looks forward to the next school year and continuing in the Kids for Christ program.

The scripture that means the most to Crystal right now is “So we are Christ’s ambassadors; God is making his appeal through us. We speak for Christ when we plead, “Come back to God!”. 2 Cor 5:20 (NLT). This scripture seems very fitting for Braeden, too, and the testimony of his spiritual walk and his impact on so many.